As many as 90 percent of women have pierced ears, with a growing population of men joining that number.

Since pierced ears are so common, many people feel that it’s best to get a baby’s ears pierced before they’re old enough to remember. There are also many cultures that encourage piercing baby ears, sometimes before they’ve even left the hospital.

That said, there are lots of people who take a hardline stance against baby earrings. Above all, they believe that the decision to get their ears pierced is one for the child to make rather than their parents.

But what are the advantages and disadvantages of baby ear piercing? And when can you pierce a baby’s ears anyway? Let’s take a look!

When Can Babies Get Their Ears Pierced?

Before we get into what society says about the pros and cons of piercing baby ears, what do the doctors say? Is there a right time to have your baby’s ears pierced?

Some health providers recommend waiting until your baby has received their first tetanus injection at around two months old. The American Academy of Pediatrics (AAP), however, doesn’t offer any clear guidelines on when to pierce a baby’s ears.

What the APP does say is that piercings are safe at any age as long as the equipment and techniques used are sterile. And, while the group recommends waiting until a child is old enough to manage their own piercing aftercare, at no point do they say no to baby ear piercing.

Where Should You Go for Baby Ear Piercing?

Following the advice of the AAP, deciding where to pierce your baby’s ears is more important than when. As such, if you’ve chosen to pierce your baby’s ears, getting a doctor, nurse, or experienced technician to perform the piercing procedure is a must. You should also make sure the piercer uses a needle rather than the kinds of piercing guns they use at kiosks, malls, and jewelry stores.

Trained piercers and healthcare providers will also know how to reduce the risk of infection by using gold post earrings. And, as the bodypiercejewelry.com/ baby earring guide states, using screw-back earrings will stop them from falling out.

The Advantages of Piercing Baby Ears

There might be no definitive answer about baby ear piercing from medical professionals. But most of the general population have a definite opinion one way or the other. Here are some of the arguments you might hear from those in favor of baby ear piercing:

Too Young to Acknowledge or Remember Anything

If you see ear piercing as inevitable at some stage of your child’s life, doing it when they’re an infant has the advantage of causing them pain before they’re old enough to remember it. Of course, no loving parent wants to inflict any kind of pain on their child if they can help it, but doing it sooner rather than later might seem like the preferable option. And, not only will they not remember the actual piercing procedure, but they also won’t remember ever not having earrings.

Babies are also unaware of what is happening, meaning they have no reason to be afraid of the needle coming toward them. Older children might be able to choose for themselves, but they’re also old enough to understand that the process might hurt. This, in turn, increases their anxiety and can make the piercing process harder, longer, and more traumatic.

Before around five or six months old, babies are also unable to localize pain. So, while they might feel a little pain during and for a couple of days after the piercing, they won’t know which part of them hurts. As such, they’re unlikely to reach up and touch their ears in reaction.

Older babies and children can localize pain and will start to gain the necessary motor skills to tug and pull at their ears or earrings. If they’ve also started crawling or walking, their hands are more likely to be dirty, increasing the chances of infection.

Another safety reason those in favor of baby ear piercing argue is that, for the most part, babies will leave their earrings alone. By the time they’ve perfected the motor skills needed to touch or tug at their ears, the piercing will have healed.

In contrast, when older children get their ears pierced, they are often fascinated by their new jewelry and will often try to touch and play with their earrings. And, even if they have children’s earrings made with screw-in posts, they may now have the dexterity to remove them, which could be dangerous.

Cultural traditions surrounding ear piercing for female, and sometimes male, babies are a strong motivating factor for many parents. In India, for example, ear piercing is an ancient practice known as Karna Vedha that should take place as early as a few days after the baby’s birth. According to Ayurveda, getting a baby’s ears pierced marks an important stage in their life while also starting off a powerful process of healing and development.

In Latin America, it’s common for baby girls to have their ears pierced before their second birthday. And in Spain, most hospitals offer an optional baby ear piercing service as part of the delivery aftercare. In fact, baby earrings are so common in Spain, most Spanish people will look at a baby or small child’s ears and identify them as a girl or a boy according to whether they have earrings or not. As such, it can often be easier or preferable for parents to maintain these norms and traditions than to go against them.

The Disadvantages of Piercing Baby Ears

Although there are several arguments for getting a baby’s ears pierced while they’re young, many people object to this practice. Here are some reasons why many people are against baby ear piercing:

Not the Parents’ Decision to Make

The discourse surrounding consent and bodily autonomy means deciding what we do and don’t do with our bodies. Needing parental permission to get a tattoo or piercing is one thing. But parents who pierce their child’s ears before they are old enough to consent are taking away their child’s right to make decisions about their own body.

Those against baby ear piercing see it as choosing to mark your child in an irreversible way. Cultural norms and some members of society might see having pierced ears as inevitable for a female. But the child in question might not have wanted their ears pierced if given the choice. What’s more, parents are modifying their child’s body for vanity reasons, which doesn’t seem like a good enough reason to make an irreversible change to your child’s body.

Increased Risk of Accidents and Infections

While professional, sterile piercings have a low risk of infection and accidents are uncommon, many people see baby ear piercing as an unnecessary risk.

Even though babies may not mean to, there is always a chance that the baby will grab it and pull at their ears or earrings. Especially if they are old enough to localize their pain and their earrings are bothering them in some way because of an allergic reaction or infection.

Another danger involves blankets and baby clothes getting caught on earrings, causing the baby pain or even pulling the earring out. When they’re very tired, it’s not uncommon for babies to hit themselves over the head. If they tugged at their earring by accident or caught the back on their sleeve while doing this, they could pull out their earring. As well as a risk of infection, this kind of serious injury might even need stitches.

Some people see baby earrings as a quick and easy way for others to differentiate baby girls from baby boys. They argue that this way, even if girls dress in traditional “boys’ colors” like blue, strangers don’t mistake them for boys thanks to their pierced ears.

But those against baby ear piercing argue that seeing pierced ears as something for baby girls and not for baby boys is reinforcing outdated gender stereotypes in the same way that blue boys’ clothes and pink girls’ clothes do. Having strangers refer to your baby as the opposite gender can be a little frustrating. But this is hardly cause to pierce holes in your daughter’s ears to stop it from happening.

Deciding Whether to Pierce Your Baby’s Ears

As this guide shows, piercing baby ears is a contentious subject with a lot of different and convincing arguments coming from both sides.

Getting a baby’s ears pierced or not is a personal decision, albeit with certain cultural ties and societal ideologies at play. But, we hope that these pros and cons have helped you reach the right decision for you and your baby.

Want more informative insights and news updates? Be sure to check out our other blog posts for all the latest tips, tricks, and how-to guides! 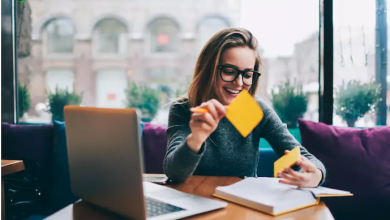 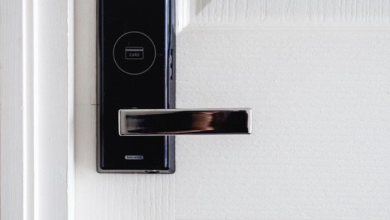 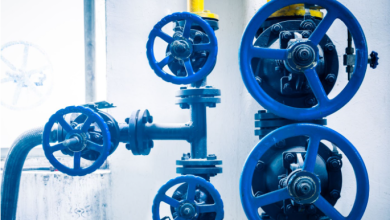