Many people struggle with attention, focus, learning, & physical performance, and that’s the reason why cognitive-enhancing drugs called nootropics are becoming so popular among the population. Representatives of various professions, including students and sports professionals, use it to increase their performance. In this regard, many people are interested in whether this kind of medication shows up on a drug test. This article discusses what nootropics are, how they function, and whether they show up on a drug test.

Nootropics also known as “smart drugs” are certain supplements, meds, or other substances that offer a wide range of benefits to augment cognitive performance. Two major types of nootropics are as follows [1]:

The popularity of “smart drugs” among creative professionals, students, and those in the gaming business & sport has continued to grow since their usefulness was discovered. Nootropics aid an individual in sustaining focus and alertness, retaining more info, boosting mental acuity & attention, heightening motivation, creativity, & energy, and generally becoming highly productive at work.

How Does Nootropics Exactly Work?

Brain-derived neurotrophic factor (BDNF) heightens the brain’s capability to adapt & grow [2]. It’s a molecule that naturally decreases with age & is closely involved in brain changes associated with memory & learning. Certain nootropics can ameliorate the levels of BDNF in the hippocampus & cerebral cortex, which are the two prime areas of the brain that have major roles in memory & learning.

Most “smart drugs” work to support brain energy & increase the concentrations of the following brain chemicals:

Certain nootropics also work by supporting cerebral circulation, boosting brain waves, and providing neuroprotection & neuroregeneration. Some “smart drugs” function better when stacked than when taken alone. Others may team up on specific cognitive considerations to address the same cognitive functions from different angles.

How Do Drug Tests Work?

A drug test is an in-depth list of examinations that a specific institution may ask you to conduct to understand what you’re up to. These may include urinalysis, a hair follicle test, a blood test, etc. A drug test is typically designed to screen individuals for illicit drugs, but it can also be performed to screen for prescription meds & new psychoactive substances. Most drug tests measure the amount of medication in your system, though there are a few that also look for distinct drugs [3].

Some drug testing methods include the following:

Another method that is worth mentioning is 4, 5, 10, & 12-panel drug tests. These tests are rarely used for prescription meds due to the added cost & low risk they tend to bring with their use.

Do Nootropics Really Show Up on Drug Tests?

Individuals administer nootropics including the famous med modafinil for several reasons such as increasing energy, boosting motivation, ameliorating physical performance, coping with stress, and gaining an edge over their coworkers. Modafinil is the best example of a “smart drug” that most professionals use to power their brain function & boost performance.

You may ask, Do nootropics show up on drug tests? The reality is that nootropics might be found not on a drug test but on a urine test. Besides, certain drugs can trigger a false positive if they are discovered in a urine or hair sample. Nonetheless, they can be detected on a medicine screen if they’re banned substances. If a nootropic is natural, it fails to show up on a drug test if you’re taking it correctly.

As for the popular nootropic modafinil and drug tests, it’s important to keep in mind that the med can show up on a drug test. However, this test should be specifically designed to pick up traces of modafinil. However, it isn’t on the list of illegal chemicals looked for on these tests & therefore will not show up.

Unless you do work for yourself, there’s a chance that you’ll be drug-tested in any line of work. The aforesaid goes for professional or semi-pro athletes, jobseekers, Olympic competitors, competitive gamers such as chess players, & students.

Administering banned substances can certainly have undesired outcomes if you have to take a drug test. However, certain nootropics can superbly ameliorate performance without the risk of being detected on a drug test. Modafinil is one such medication. Always consult a doctor before taking any medicine. 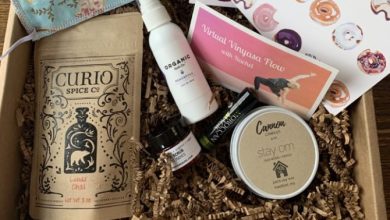 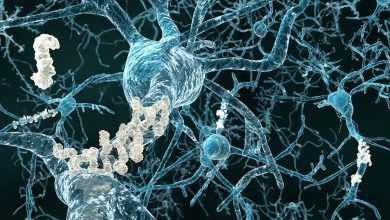