When a Singapore lottery ticket would only cost as little as $3, you have to question how the lotteries make any money at all. How is there any money left after all the massive rewards, advertising, and administrative expenses on all those drawings and 4Dresults?

Winners of lotteries get a cut of the money they win because the prize fund is limited to a small percentage of ticket sales. Fixed prize lotteries generate revenue by tying odds to prize value, maintaining payouts at predictable levels, and restricting prizes.

As such, lotteries function much like any other enterprise in that they attempt to maximize profits while minimizing exposure to downside risks. As a result, lotteries still make money despite the large rewards they offer.

Many people believe that states are encouraging gambling by offering lotteries, a claim that has sparked a great deal of discussion and disagreement. On the flip side of this debate is that lotto proceeds enhance state finances without raising taxes, helping residents, and bolstering the state’s budget.

Despite the fact that most lotteries are being run with these purposes in mind, their ultimate goal is to make money. Like any other company selling a product, it operates in the same manner. Online lottery tickets are the merchandise in this scenario. Selling tickets over the internet is the only way to make money.

In a nutshell, it’s like any other business where it generates income and expends resources. Profit is the main difference between the two. The lottery, on the other hand, does not distribute its profits to shareholders; instead, it uses them to benefit the people of the state.

How much is this sales revenue?

Lottery revenue varies from state to state and even between multiple lottery games, depending on how many tickets were sold. Lotto tickets and scratch cards are often sold as part of a wider range of products.

Mega Millions and Powerball are two of the best instances of lottery gross income. As a result of a joint agreement between a number of state lotteries, they are multi-state lottery games They’re working together in some sort of partnership.

They are, in fact, nationwide lotteries, because of the breadth of the state lottery networks that sell the tickets. When the jackpots in those two major lotteries rise, it makes national and worldwide headlines.

Since both of these lotteries pool ticket sales from all 50 states, the jackpots are much larger than those offered by individual in-state lotteries. It’s a win-win situation for all operating lotteries because greater payouts at 4D results attract more players.

Lotteries must, of course, deduct their operating costs from their revenues. Advertising, offering instant win tickets, and supplying people and property for administration are among these costs.

In addition, because internet ticket sales are only permitted in a few jurisdictions, lotteries must rely on a network of authorized retailers to distribute their tickets. Because of this, the lottery pays a commission to the stores that sell the tickets. Probably not a surprise to you, prize payouts make up the majority of lottery costs.

Profit is what remains when operating expenses and prize money disbursements have been met. These profits are given to the specified lottery recipients by the lotteries.

To appeal to a wide range of online lottery players, lotteries frequently provide a wide range of game types with varying odds of winning and varying prize amounts. What you need to keep in mind is that the odds constantly favor the lotto. In this way, a wide variety of games generates increased profits, but with a manageable risk of payouts.

All businesses can benefit from diversity, of course. As a result, in addition to scheduled 4D results and draws, lotteries often provide instant games (such as scratch cards, for example), which can be purchased and enjoyed at any time.

Lotteries benefit from the increase in sales, which assists them in their efforts to generate money. Even though the prizes on most of these lotteries can indeed be substantial, the additional revenue earned in the run-up more than compensates for the prize money.

All that matters is ensuring that profits outweigh expenses and that the probabilities are always on their side with regard to Singapore lottery games. By catering to a diverse variety of game-playing inclinations, the variety helps to keep players engaged and involved. However, due to the way the lottery is designed, the chances are stacked in its favor.

Profits and expenditures are covered by retaining a large share of ticket sales, which is geared to the probability of winning in fixed prize games. 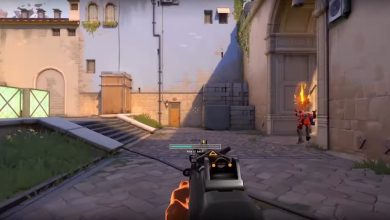 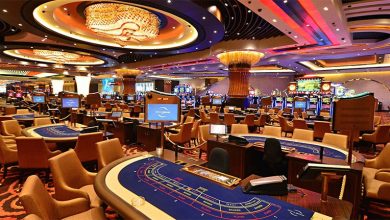 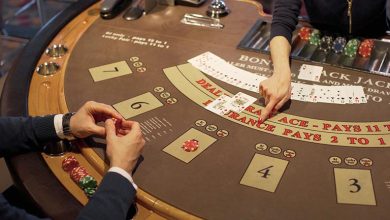