Honestly, no one really knows what this is all about! If you’ve been following VR news lately, you’ve probably heard of something called a “metaverse.” Where did this new word come from and what is metaverse?

Metaverse is the concept of a collection of virtual worlds. Think of Metaverse as a universe of virtual worlds. But what are these virtual worlds? Virtual worlds exist in virtual and augmented reality apps and games, where everything really happens, For example, you can put your metaverse avatar in a bar in a virtual bar simulator and go to a live virtual concert. Alternatively, you can host meetings with remote staff. In fact, you are not going anywhere, just walking in the virtual world.

All the different apps and software designed for Metaverse are connected to the web and you can represent yourself as an avatar. It’s almost like you can get into the internet.

The company just started making games and software for the Metaverse because it’s so new. So a lot of metaverse talk is hypothetical and not what we currently have.

It’s also worth noting that the concept of the metaverse first appeared in sci-fi books published in the ’90s, so it’s been talked about for a while.

How does metaverse work?

Metaverse works by connecting multiple virtual environments through the Metaverse. Each of these environments comes from an app you download for your VR or AR device. Yes, you read that right. To access the Metaverse, you’ll need a VR or AR headset (or both) to view virtual content. Naturally, what you find will vary. If you visit somewhere in the virtual world with an AR headset, everything is superimposed on real life.

Does the Metaverse Matter?

Meta apparently thinks the Metaverse is the next big thing, as the company changed its name from Facebook and changed the name of its Oculus Quest sub-brand to Meta Quest, which is, frankly, an odd move. But does the metaverse really matter?

On the one hand, it seems silly to spend time in such a virtual world. Why not just go out?

But for others, the metaverse can serve as an exciting retreat from real life. It can also be a way to simulate a real meeting when you live far away. So you can see why some people’s interest might be piqued.

Since the metaverse isn’t the real thing yet, it’s hard to tell exactly whether it matters. It’s sure to raise questions about how we’re going to spend our time in the future, and a lot depends on people’s opinions.

Remember, before the invention of Facebook, no one predicted how much of the social media platform we would use in our daily interactions.

No one really knows what’s next for the metaverse. Metaverse didn’t even exist a few years ago, so we don’t know where the technology will go next.

What we can say is that the next few years will be the most important period for Metaverse. Either we’ll see the technology develop and start being adopted, or we’ll see it plummet.

METAVERSE: Will the future of VR always be more immersive?

It’s hard to escape the theme metaverse! For weeks now, Mark Zuckerberg’s statement has panicked the internet and projected us into the future of a virtual reality-based world. If Facebook wasn’t the inventor of the concept or the first to take an interest in it, its desire is to make it accessible to all users of the famous social network. But how much do we really know about the metaverse? Immerse yourself in an exciting universe!

What are we talking about? A small catch-up for digital news

First time hearing about Yuanjie? Read the following carefully. In an interview with The Verge in late July 2021, Mark Zuckerberg revealed his wild plan: Make Facebook a precursor to the metaverse.

Users of the social network should have access to it within 5 years, and Facebook has announced a team dedicated to this meta-virtual world. Keep in mind that Facebook has long been interested in virtual and augmented reality, and even has a division devoted to these technologies, the “Facebook Reality Lab.”

This is not an add-on to social networking, but a real upheaval in our relationship with numbers. The video gamefi world has taken over the beginnings of the metaverse. And Facebook isn’t the only gafam (Google, Apple, Facebook, Amazon, and Microsoft) in the competition!

What can we do in the metaverse?

Bridging the line between reality and virtuality, it’s easy! Here are some scattered thoughts about the future:

How to enter the metaverse?

Obviously, this will be done with a virtual reality headset, which is the only truly immersive device right now. The Oculus VR headset, originally acquired by Facebook, might be the best fit. As an open world, the Metaverse could also have a place for holograms and augmented reality devices. Everything has not been written yet. 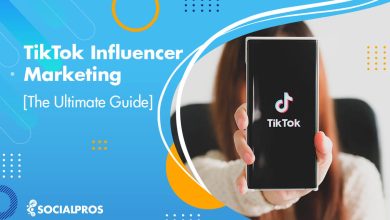