Flowers have an exquisite and fleeting beauty that cannot be compared to anything else in the world. There are bouquets of flowers to suit all occasions, but a few of them are rare and unique. Few of them are available only in select places in the wild or require certain special conditions to bloom, this is what makes them so special and unique. Anything different from the other always draws interest. So here’s a roundup of the rarest of the rare flowers in the world and what makes them so special.

The Juliet Rose is not just the rarest rose but also considered to be one of the most expensive flowers in the world. It look a whopping $4.3 million and 15 long years for David Austin (rose breeder) to cultivate this in England. The lovely peach and apricot colored petals open to expose a cluster of blossoms in the flower head’s center when in full bloom.

The very uncommon ghost orchid is one of the rare flowers of the world as it does not have leaves and depends on other nearby plants to obtain nutrition.  It requires high temperatures and humidity to live making it impossible to grow outside its natural habitat. Ghost Orchids are generally found in Cuba, Florida and the Bahamas, but its natural habitat is getting destroyed so fast that it might be challenging to find them in the wild.

The Chocolate Cosmos has been extinct in the wild for years, but it can be grown with the help of tissue culture or root division. It has earned its place on the list of rare flowers of the world as it is very challenging to cultivate and grow this flower. The areas where these flowers grow are also protected by law. This unusual plant from Mexico has magnificent dark brown to red petals and gives off a rich chocolate fragrance when it blooms, hence the name.

This night-blooming cactus is considered as one of the rare flowers in the world as it rarely blooms. Even if it does, the blooming happens only in the night and withers away by daybreak. So spotting them in the wild becomes very difficult. Kadupul flowers are star-shaped, snowy white flowers which emit a pleasant smell. This flower can be found in Sri Lanka, India, Japan, China and several Latin American countries.

The Jade Vine is a claw-shaped flower with color varying from light blue to light green. These flowery vines are native to rainforests in the Philippines and members of the pea and bean family. The flower clusters grow up to 3 meters long and drape down like bunches of grapes. Deforestation has driven this rare species of flower close to extinction.

The Corpse Flower found in the low-lying rainforests of Indonesia blooms just once in a few decades. This flower has no roots, leaves or stem, it has only one petal, which is green on the outside and burgundy red on the inside.  Shaped like a cone, this flower emits a foul smell that’s similar to a decayed flesh or a decomposed body. People flock from far off places to witness the blooming of this rarest flower irrespective of its foul smell.

This rare and exotic blooming plant is a unique flower in the world because it has the rarest color, black.

The flower bloom is shaped like a bat and hence the name bat flower. It grows best in shaded locations with hot, humid weather and also requires a large amount of water until it grows properly. The Black Bat Flower is found in Southeast Asian countries including Thailand, Malaysia, and southern China.

Much like most of the flowers on this list, the Parrot’s Beak Flower is also rare because it requires specific temperatures to bloom in. The blossoms are shaped like a bird’s beak and grow on trailing vines and are found in striking orange and red colors. The Parrot’s Beak blooms best in spring and requires a lot of sunshine and cool temperatures. It also requires moist soil as the roots can rot if not properly drained. Great efforts are being taken to safeguard the rarest flowers on the Spanish islands from extinction.

All of the flowers mentioned above are either extinct in the wild or almost extinct. This is largely due to irreparable damage to the ecology and environment due to human activities. Everything’s not lost yet, promoting awareness about these rare and beautiful flowers is a way of saving them from further damages. 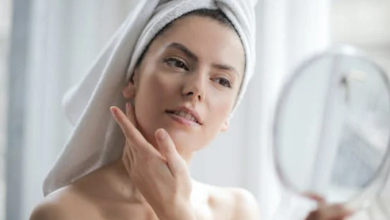 How to Improve Your Skin’s Health? 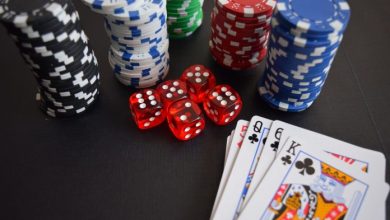 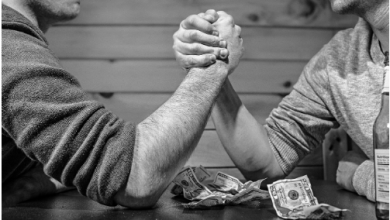 What is Problem Gambling and How Can it Affect You?