From rolling mountain ranges to centuries of rich history, the state of Virginia has something to offer to many kinds of tourists. Its closeness to major urban areas such as Washington, D.C. and Philadelphia means people don’t have to travel far to escape the hustle and bustle of city life.

If you happen to be in the region, consider dropping by Virginia, if not for a couple of days. To that end, plan your itinerary carefully to make the most out of the trip. Here are a few must-see tourist destinations:

As the heart of Roanoke since 1882, the Farmer’s Market offers a unique dining and shopping experience. Exactly as its name says, the market is a gathering place for farm owners within 25 miles of the city to sell their farm-fresh goods at friendly prices. No pesticide-laced or irradiated crops or produce here, just organically-grown agriculture.

The surrounding area is teeming with restaurants offering dishes as fresh as the goods sold in the market proper. After shopping for farm-fresh goods, maybe go on a gastronomic tour of the area, choosing from wood-fired pizzas to juicy burgers. Visiting the Farmer’s Market is undoubtedly among the things to do Roanoke VA visitors and residents alike love.

A consummate outdoorsman will find no shortage of activities at Shenandoah National Park, an 80,000-acre stretch of beautiful nature between 2,000 and 4,000 square feet above sea level. Two-fifths of the acreage has been designated as protected areas, but the land that’s open to the public still has plenty of nature to offer.

With an area stretching from Front Royal to the eastern outskirts of Waynesboro, picking a specific spot to admire the park can be pretty daunting. To start, pay a visit to one of the park’s visitors centers (Dickey Ridge to the north, Byrd at the center, and Loft Mountain in the south), where rangers and other staff will set you on the right path.

Perhaps the best thing about visiting Shenandoah National Park is that you don’t have to get out of your vehicle to bask in its beauty. The 105-mile Skyline Drive that cuts across the park can be a real treat for motorists. For the best experience, follow the speed limit of 35 mph and roll down your windows to take in that fresh Blue Ridge Mountain air (watch out for crossing wildlife).

The lowermost of Virginia’s three peninsulas plays host to three cities of historical significance: Jamestown, Williamsburg, and Yorktown. They form the so-called Historic Triangle, linked by the aptly-named Colonial Parkway. Here’s a refresher on what occurred in these places:

Much of the colonial architecture in these cities have been well-preserved, eye candy for tourists who fancy a historical tour. There’s also no shortage of museums and other historical sites, such as Colonial Williamsburg, the largest outdoor museum in the U.S.

This peculiar geological formation rises over 200 feet from Cedar Creek and is 90 feet wide. Geologists believe it’s been around for at least hundreds of millions of years. The Monacans believed they won a hard-fought victory over the Powhatans on this site ages before the first European settlers came to Virginia.

But the bridge isn’t the only rock formation in the area worth admiring. A little further are the Natural Bridge Caverns, a cave system that goes 34 stories deep and houses intricate formations of stalactites and stalagmites. Also nearby is the Natural Bridge Zoo, a privately-owned zoo that cares for several endangered species.

For those who want to see a World War II-era battleship up close, look no further than the USS Wisconsin museum ship in Norfolk. This battleship is part of the larger Hampton Roads Naval Museum and offers guided tours throughout every nook and cranny of the vessel.

Wisconsin was one of four Iowa-class battleships that fought in World War II, seeing action in pivotal battles like The Battle of Iwo Jima and Leyte Gulf. She was decommissioned after the Korean War but was brought back to service in time for the Gulf War, after which she was retired for good.

Aside from the examples above, there are many more Virginia spots worth visiting. It just goes to show that the best getaways and destinations don’t necessarily have to be way out in the sticks or on the other side of America. 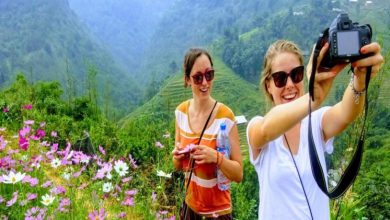 Looking to Get Away: Your Guide to Planning Your Year Gap Travel Experience 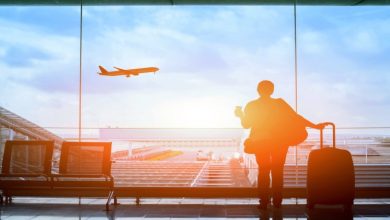 4 Factors to Consider Before Booking a Flight for Vacation 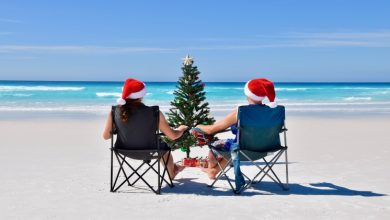 Importance of Avoiding OverSpending During a Travel 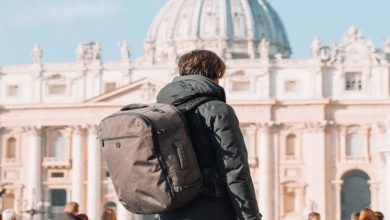 A Complete Packing Checklist of Essential Items for Your Next Trip