The horse racing business in Australia is one of the biggest in the world. It receives millions of dollars of investment each year with money spent on breeding, facilities and track upgrades. Australian Feature races are a highlight of the racing calendar, with the best horse from Australia and abroad battling it out for prize money and prestige.

Group 1 races have historically been the pinnacle of racing within Australia, and the advent of lucrative new races such as The Everest and The Golden Eagle have added another dimension to the industry.

These races have the highest betting turnover and generate the most interest within Australia. Below are some of the most popular feature races in Australia.:

The Queen Elizabeth Stakes is run over 2000m as part of the Sydney Autumn Carnival. It is worth $4 million in prize money and attracts some of the best horses in the world. In recent times, the race has seen local superstar Verry Elleegant battle it out with UK visitor Addeybb with stirring finishes.

The Golden Slipper is the richest race for two-year-old horses in the world. The cumulative prize money for 2022 is set to be $5 million. Beautifully bred 2yos battle it out at Rosehill over 1200m for a place in history and a big payday.

The Melbourne Cup is one of the best-known horse races in the world. Run-on the first Tuesday in November at Flemington racecourse It is a staying race run over 3200m (2 miles) under handicap conditions. Known as the “race that stops the nation”, the winner’s list is a who’s who of racing.

Run over 1200m; The Everest is the “World’s Richest Horse Race on Turf” with a combined prize pool of $15 million. It is a unique race with 12 racing slots available each year, and due to this, the best gallopers in the world compete. Redzel won the race in its first two years, and the race gathered worldwide media attention.

The Golden Eagle was created to entice owners to continue racing their horses once they had reached four years of age. Run over 1500m at Rosehill with $8 million up for grabs; The Golden Eagle is the world’s richest 4yo race. It is unique in that 10% of the winning prize money goes to charity. 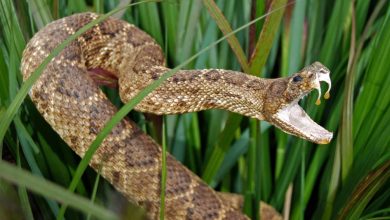